What a difference 60 years makes

Yesterday’s 60th anniversary of VJ Day brought back memories of WWII. Then, I started to list the ways that war differed from today’s Operation Freedom Iraq. I know the following list is far from complete but it is early in the morning here on the Vineyard:

If you’re old enough, why don’t you add to the list?

How do you know Roosevelt told it to you straight? It's pretty clear we don't get straight talk from the current powers that be, since we don't get much talk at all. But back in the day, how would you have known if something like abu ghraib was taking place?

Perhaps, 'straight' was a little over the top. After all, many people did not know that Roosevelt could hardly walk and very few knew of his love affair with Lucy Mercer. What I was trying to see is that Roosevelt did not sugar coat his talks with bullshit about how well things were going when, in fact, they were not going well.

Read about a surprising woman. 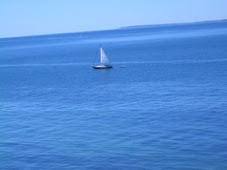 a summer day on the Vineyard

Al DeVito
I spent my career in the computer software business and experienced the joy of working in an area that has changed the way we live. I retired to the Vineyard in 2002 and devoted a fair amount of time to civic affairs and the local Habitat affiliate. Eventually, in 2006 I went back to work as the Finance Director of a non-profit focused on providing affordable, rental housing to the low income elderly and the low income disabled of the Vineyard. Now, I've retired for a second time and moved to Duncaster, a continuing care retirement community in Connecticut.